Tmux is a terminal multiplexer, which is a program that allow you to run more than one program in terminal, detached them and reattach them later e.g

This continuity is hugh productivity boost, imaging you can always have your work environment setup the way you specified and it doesn’t matter which computer and where you work from.

Tmux is the morden version of screen, but with morden code base, easy configuration and plugins!

Once its install, just need to run it 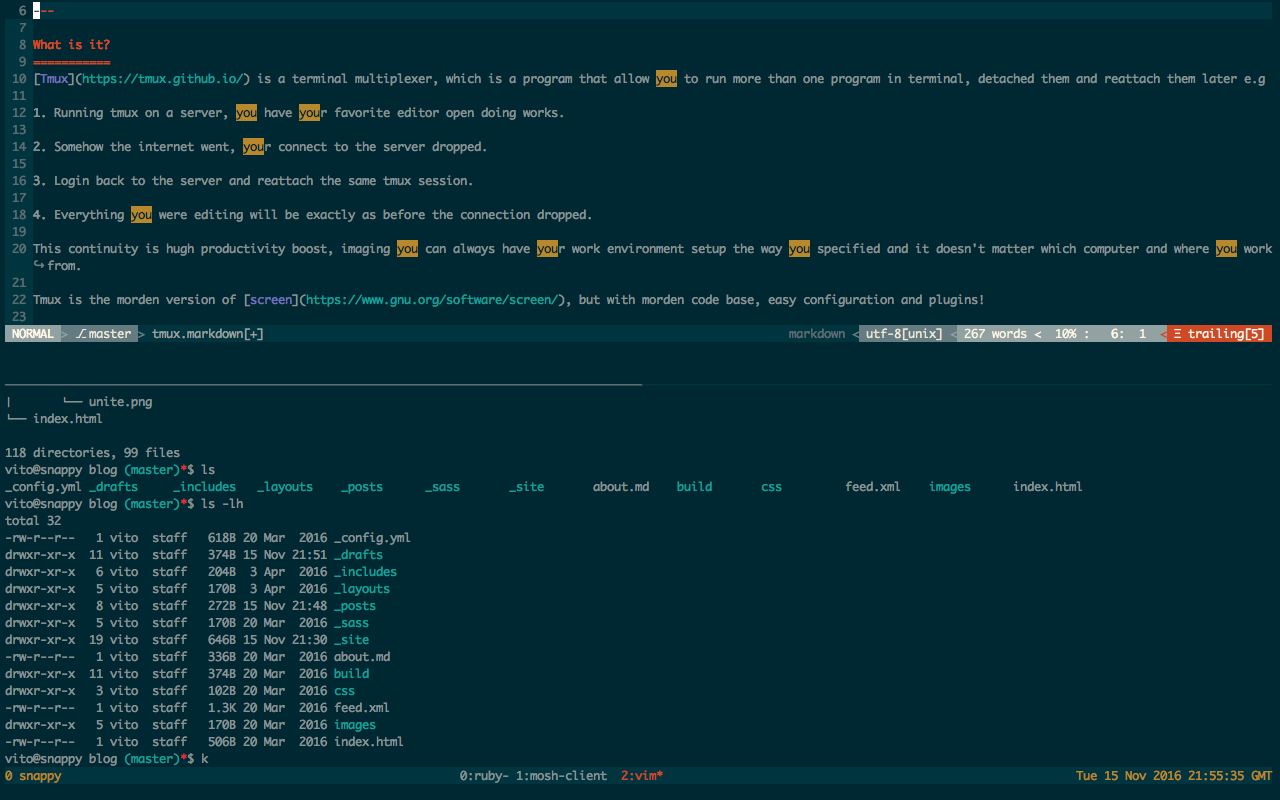 In this tmux session, there are 3 windows as indicated at the middle of bottom screen (this is the status line - it can be customised), there are two panes within the current window - a vim and bash shell at the bottom.

One of the most useful thing about tmux is its configuration is very easy to understand, and it offer tons options - see the .tmux.conf session for more information

By default tmux use C-b as prefix key - you have to press ctrol and b, then with other keys for the command.

I found that its easier to use C-a (ctrl + a) instead, because that’s the prefix key for screen which I have used before tmux (hard to change a habit!).

Here are some useful keys:

This is the name of the config file, it should be live inside your home directory - its a hidde file (~/.tmux.conf)

All customisation is specified in here